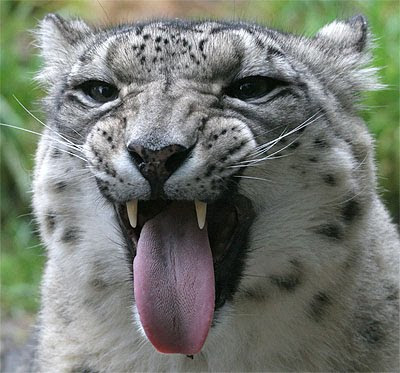 Waste not, want not

A kid that I knew is no more. A bright kid he was, with a brighter future ahead. Died in his sleep of carbon-monoxide poisoning. I do not know how. Maybe it was from his lab, his AC or just because he was around some traffic. Rest in peace friend.

If you are one of those people that negatively stereotypes even the partial environmentalist thought, shame on you. Maybe you have taken sides in the ongoing political drama on global warming, and green jobs. Maybe you are convinced that anthropogenic climate change, ecological movements and animal welfare concerns are silly ways to make money for some organizations. Maybe you do not care about habitat and species endangerment because people that matter more are going unemployed and corrupt. Maybe all that is true. So what?

Your primary needs are food, shelter, clothing, medical aid and education (as human - other animals take only food and shelter). Anything outside of that is a luxury that you establish for yourself. If you can do something to minimize that luxury to decreases your footprint on this planet, it is not an inconvenience. It may not do much to help the climate change situation or the energy crisis. But it is part of the living condition that establishes that you will not use more than what you need. All animals follow it. Except humans. We have become so decadent with our cranial and species superiority hogwash that our sense of self-preservation has become a general element that pervades everything in our thought process, when in reality, as a species we conduct ourselves in the worst possible manner in every sense. Of course you would like to dismiss most or all of that. Of course you would like to believe that nature is a bigger force to reckon with than the wreckage we can inflict on the planet. It probably could be. But we do not need to test that by throwing bigger stones at it.

Yes life is short. But your thought process need not be short term or narrow. Leave behind something for the future generation, however little.

My biggest wish is to be born wild (preferably non-human). At least I would not know members of my species that hunt for sport.
Posted by Bala Venkatakrishnan at 8/20/2009 12:05:00 AM No comments:

Email ThisBlogThis!Share to TwitterShare to FacebookShare to Pinterest
Labels: science, self, society

Email ThisBlogThis!Share to TwitterShare to FacebookShare to Pinterest
Labels: humor, images, self

All in ten minutes

I really hate babies. They scream loudly and can't be reasoned with. Especially when they are seated next to me in airplanes. Which happens nine times of every ten flights that I board.

I was glad the ordeal was mere seconds from being over. I unbuckled my seat-belt and leaned forward to look out the window again. The baby-mama next to me that borrowed my pen smiled at me, thanked me for my patience and asked me what I do. I am a graduate student, I replied with a confident smile. She nodded knowledgeably but asked me which college I plan to join after my graduation. My smile degenerated a bit as I told her I had graduated from college. Her smile grew wider as her eyebrows arched. '"Are you doing a masters?", she inquired pleasantly. I barely nodded as Jeanne seated right next to me blurted, "PhD". Mommy let out a loudly approving 'Oh!' as I blushed uncontrollably and looked away as I shifted uncomfortably on my seat. I do not enjoy those anymore and quite justifiably so.

Fortunately, we were cleared for exit and I quickly picked my bag up and joined the line. Baby Pavarotti belted out one more number. I hastily dratted past the people attempting to join the line in front of me without a thought for courtesies as I heard Jeanne and Miorel laugh. I half-ran up the aero-bridge and finally stopped once I was in the departure lounge hallway to wait for the rest of the band to join me. I thought back about my uncomfortable moment with the lady.

It is not that I am not happy with my life right now, quite the contrary actually. I love my work and I love my lab. But I am tired of the overt effect of the title. It is just another degree and people my age in the industry are working harder. There is nothing special about it. Don't fool yourself or others - it is NOT more brain work than other lines and no - it is definitely not the job for geniuses. Yes, others work just as hard or harder. I feel guilty.

I remember a similar situation a month ago back home.

I shot a half-amazed, half-annoyed look at him. I definitely do not do any such engineering or related work. I was surprised that this person had actually attempted to get a PhD in biology at some point in his life and actually published a paper before be left half-way.

I accosted mom before she made her way to the laptop to start her afternoon Scrabble session with the bot. "Why did you have to say that?". "What else do you want me to say?", she asked back with mild annoyance. I stayed determined, " you could say graduate student". "And how do you expect them to understand that?", said mom tiredly. I smiled and said, "Precisely" but mom did not wait for me.

I grabbed dad a few seconds later. "Protein Engineering?!!". "Isn't that what you do?", he asked in amusement. But I wanted this to be serious, "I do crystallography. I told you that so many times." He replied, "I don't know too well what that is and surely others do not". "But Watson, Crick and Henry Bragg were crystallographers. It is a very old field. Nothing swanky new and cutting edge." Dad laughed just like dad does and walked away with Scoobie (who spared me an indifferent look) trailing for their mid-afternoon siesta. How is it that an "important" area of science sticks around for nearly a century and is not as known as protein engineering?

John joined me and pointed at me with a 'ha-ha' like a Simpsons character as the others pitched in with wide grins of their own. I rolled my eyes and looked away. Rob and Mavis walked over. Mavis said nothing but Rob's sinister smile pulled my attention to him. "I knew where you were seated sir", he let go and acknowledged the snorting from the group for his joke. They had all travelled with me long enough to discover my wonderful luck with yelling babies on flights. Yes there is something called luck and I haz none of itz.

I did not wait for their maturity to kick back in and sped up the hall behind Mavis. Toronto airport was nowhere as pretty as Vancouver but then again, Vancouver airport was the best I had seen. Toronto seemed much more travel worn, bare and cold. Probably only because of the strike, I thought. I had a very positive opinion of Canadian cities. The were US cities in a better state of prosperity. Maybe it was not going to be such a bad day despite the start.

I had reached the short queue at the Canadian immigration point. A lady with dull make-up and bright clothes waved at me and told me to head to counter 11. I smiled at her and mouthed a thanks as I headed to the counter. A well built officer with short hair and lots of gel leaned over the counter , took my passport and customs forms and asked me how I was doing as he turned to his computer screen and typed with quick jabs. I shared basic pleasantries with a broad smile. He then raised his eyebrows and looked at me with a smile, "So you were in Vancouver last week? I am from Vancouver. Did you find it beautiful?". I smiled my best yet. "Yes. Very".

"So what business are you here in Toronto for?"

"What kind of science conference?"

"Crystallography". I was still grinning to my molars.

I had a fleeting visual of mom, dad and Pammi laughing as I dropped my grin and my ears reddened. John must have noticed it despite my dark skin because I could see him smile behind me through the back of my head.

The officer's frown did not leave as he stared at me suspiciously. "So where are you staying?". I stared back blankly as I went redder. "A hotel".

"Which hotel? Is your conference at the same place?"

He looked over at Mavis and Rob who were having a hearty chat about socialized medical systems with their counter officer.

"Yes. I nodded. We are all students. They are our bosses." I realized that my nervous word selection was getting more and more incriminating.

"Have a pleasant stay", he said as he tossed my form and passport back to me, the frown sustained. I strode past hurriedly. I did not wait for the others as i made a dash to the conveyor belts and parked at a seat. It was going to be that sort of a day, I agreed with myself.

The others arrived quickly as the conveyor belt squealed to life. I waited at my seat for the others to finish and come over as someone just walked up to me and said, "nice shirt". She was a conventionally pretty-looking girl, presumably in her late teens. I looked down at my t-shirt, recognized the Tux logo on it and looked back at her with a smile and said thanks. "I use Debian", she said. I was suprised but I cleanly masked it and mustered a pleasant "Gentoo". "Cool! Nice to meet ya", she said and glided away to the belt. I chuckled to myself. The others joined me and continued their banter but I wasn't listening at all. As we exited the airport the Debian girl was climbing into a chromed-out Mazda. She smiled again and waved at me and I waved back. It was going to be a great day.

We walked to the taxi pick-up point where a lady with a strong french accent quickly mouthed code into her walkie-talkie and ushered in two taxis for us. "Eet weel take a meenit", she said. "Thats alright," responded Mavis pleasantly. The lady smiled at us and looked curiously at the poster box I was carrying.

"Where are you going to?" , she asked Jeanne.

"What kind of conference?"