This day, a decade ago, I did not have a cell phone. Two decades ago, I did not know what the internet was. Just about six years ago, I did not know what a smartphone was. While, it would seem that my personality has not changed much over time, my lifestyle has been undergoing a massive transition over the last decade in quick jumps to become a lot more minimalistic. I have had a sweet affair with minimalism, at times with borderline OCD-level tendencies to organize and use one tool to its death. This is my love letter to all the technology that has made my life today. 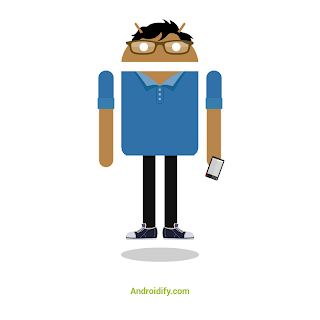 The extremis Iron man. Except it is me.

While I have always stayed regularly updated on tech news, my fanboy tendencies have not involved much purchasing. Somehow the purpose has always been to become an informed buyer, so when the need arises the geek-gadget bought is one that will last its true life with minimal upgrading (and my handling); a long-term release. So when cellphones became commonplace at the start of the millenium, I bought one four years later when multimedia cellphones were being perfected. The main priority has mostly been, to avoid a prototype and find a smooth and lasting experience. My favorite tech picks:

PSP: I bought a Star Wars: Battlefield limited edition PSP-2000 in winter 2007. I did not want to use my computer for gaming and I was looking for something versatile. I still use the PSP for most my gaming. The experience has not slowed down over the years and some of the titles (GTA: Chinatown wars, LittleBigPlanet, Ratchet and Clank: Size matters) have had tremendous replay value. The portable media capabilities alone would warrant the buy. Just a great piece of hardware that has lasted its value and more.

Macbook pro: Child please, I am not a mac person or something. I just want a device that works smooth and lasts long with minimal maintenance. The Mac experience has been a hard one to beat. I have used this one for five years and it still has not become crusty despite constant use and abuse. It tend to use shell-scripts and home-made scripts often and the unix base has cooperated well. Zero virus issues, mostly bug-free, fast-enough load times - it has allowed me to focus more on what I am doing rather than how.

Nexus: I was fooled into trying out the Motorola Bravo device (awful at best) before I found the Samsung galaxy nexus a year ago. Most cell phones have a very short half-life and the nexus is not one of them. I am a heavy google user; I had my contacts organized on google since 2006 with no idea that this device would someday import and synchronize them; a very pleasant surprise. This device is my mp3 player, gps, organizer, running planner, accelerometer and reading device. It makes a decent communication device too. A lot of my friends and family live far away from me and this device has allowed for smooth, bug-free distance bridging. If only I had more friends using google+.

Google: What can I say about google that has not already been said? I wrote a bit on it some years back. I do not think that google wants to take over the world. They have a bigger agenda than that. I love having synchrony across platforms and devices.

Wii: When is it OK for the minimalist to have a second gaming device? When you get the second one for free. Babysteak gave me his device, with some excellent titles - Mario Kart Wii, Super Mario galaxy, Kirby's epic yarn. I love the backwards compatibility and the innovative design, well, in games that use it properly anyway (The legend of Zelda: Skyward sword). Just watching my mom beat me and others at video games is a sweet experience.

I have a draft on the crazy awful side of technology that I will someday publish. Today the world is just beautiful.

Been in an origami mood over the last few weeks. Some creations from a galaxy far far away a long time ago.

The human obsession with success is a sickness that will have us become the flesh-devouring zombies that movies predict someday. Not one thing is allowed to be out of place, not one thing is allowed to go wrong; we will not compromise on anything short of first rate. And we sell it like that too - every one of us needs to be wielding the best phone in the market and holding the best position available. The Florida Gators have to win the national championship every year but so do the Ohio State Buckeyes. We dope our children up on want-success juice and expect every hop they make to be a productive one that will have them pole-vaulting in the Olympics someday; and win gold.

While we draw up the inspirational tales of the folk that have managed to win it all, what we are not accounting for is that these stories are told in retrospect. With our mania for success, the only stories that sell are the ones that are told by the winners and we assume a happily ever after there on. Until they fail, in which case the story becomes irrelevant. While it is fine to pick on which stories you like, it is important to pay attention to the stories where the work done may have been harder but resulted in grand failure. Not to depress oneself but to learn to accept failure with grace.

Indeed, the inability to handle failure is one of the biggest mental maladies of the human race. We do not teach our children to know how to deal with their egos when they are rejected. We do not promote the idea that it is alright to try hard and fail too. That success is not guaranteed just because you wanted it bad and worked hard for it. There are a billion extraneous factors that could influence the outcome of any event and therefore the victors of a race may have been determined well in advance, with nothing to do with the tangibles involved.

I want to hear talks from people who are happy with their moderate income desk jobs. I want to know how they get past daily hurdles. I want to hear from graduate students that are somewhat content with their thesis time despite not having any papers to show for it. Most of all, I want to hear from people that look at failure as a stepping stone and not an agenda of the universe against them. The people that accept moderate outcomes and still work hard because they want to. I would buy that any day over a boring success story.

*******
Along the same lines I find that there are two types of artists - the talent and the technician. I will define artists as people that do something. Like your Subway sandwich artist.

The talent is a pick of the lot. He has the natural factors that can make him work the art like a fish takes to water. He has the flamboyance that makes the highlight reel. He has the mutation that grants him super-strength. He has all the girls and he has their moms too. We hate him and we love him. In other words, the talent is always celebrated.

The technician does not have the talent but has the liking. He made a choice to put in the hard work it takes to try and function as an artist. He is every one of us if we are not the talent.

The problem? The talent is our success story; the one the got it right on the first try. The technician is our side-plot - you'd expect to be paid by the hour to hear this one. Why is it a problem? By need the talent is one of the few, the elite, the 1% and the rest of us are potential technicians. These definitions are made by social constructs and pressures to identify the fittest. The problem is that we are not in a race for survival all the time, sometimes it is just about making it through the day.

I want to hear stories about technicians that were not born fancy or went on to become fancy but are content with having the show running. I want to hear stories of people that not stopped singing because they were turned down badly by super singer. Every parent is a technician because there is no national award for best parent (there may be Razzie awards for worst though - many of them trying to "create" a talent).

I have an uncle who was a professor of Geology in a government college in India. He had a modest income that was able to support his wife and daughter. He worked until he turned 60, after which he retired. Over the years, he saved money to build a small but comfortable home and support himself and his wife through his retirement years. He has a economy class car that serves his needs. He was also able to support his daughter so she managed to get a PhD. of her own. He even saved some for those trips and things that were always on the list but never happened until later.

If the time is right, this may be the most amazing story one could hear. Kudos to all the people that make them. We think you are awesome!