Email ThisBlogThis!Share to TwitterShare to FacebookShare to Pinterest
Labels: self, sports

The pity fest for the Utah Utes over their BCS title denial and the subsequent BCS bashing over the last six months had not disturbed me until today when I saw an interview of Utah senator Orrin Hatch who has been at the helm of the crying.

Yes Utah went 13 and out and indeed it has been a tremendous effort to go from unranked to #2 on the AP poll (#4 on the Coaches poll). Coach Whittingham has done a great job in repeating Coach Meyer's 2004 effort and I hail the Utes - Sugar Bowl champions. However, demanding a title shot over forefront teams Texas, USC, Oklahoma and Florida and whining and crying over it still is unreasonable.

Utah like all the other 1-A teams signed a contract with the BCS for that year stating their satisfaction and association with its rules. It thus is evident to them and everyone else that this system would demand a high quality schedule strength, dominant performance and all-round ability to contend for the national title. Utah scheduled just two BCS opponents - an all time low Michigan team that lost also to Toledo amongst others in their unfortunate 3-9 run and an Oregon state team that was unpredictable from start to end. That allows very less risk tolerance to Utah and tells me clearly that Utah never wished to contend with the bigwigs when they scheduled. Part of the scheduling included Utah backing out of a game with Texas. The rest of it was made of MWC minnows that all did nothing but play each other to win (with the exception of a Wyoming team that beat a fully depowered Tennessee team; BYU achieved the bowl game that it lost without beating a single quality team). Texas scheduled Oklahoma (which ended in the national championship), amongst nine other quality BCS opponents. USC played all BCS opponents including Ohio State which ended up in a BCS bowl almost winning against Texas. Oklahoma trounced through its brutal schedule which included a 35-10 blow out of a TCU team that Utah barely scraped through. Florida blew out reigning champion LSU and preseason #1 Georgia, amongst eleven other BCS opponents six of which won their bowl games. If computers had made an error in assessing the intangible reasons for Utah's title game qualification then the remaining human poll based assessments (which is 2/3s of the final positioning) were still unconvinced.

Utah fans must, as voluntary members of the BCS system, realize that a perennial power does not become one just in a day by throwing greens at the pollsters. They make the position because they schedule and play other perennial powers year in and out and prove themselves on the gridiron every year to retain their positions. No matter how much money a school has, on the gridiron the money or recruiting does not make them play. Ask Notre Dame who have been recruiting splendidly for a long as they have existed and still won only their first bowl game in 16 years in 2009. Ask Michigan whose 3-9 record was made by a top 15 recruiting class. A school with the contention quality of Texas, USC and Oklahoma is made only because they establish themselves by winning through a season or more of murderous scheduling. Bigger schools are in fact equal or bigger victims of the flaws of the BCS because they cannot afford mistakes despite their brutal schedules. Would Florida or USC have made the title game with Utah's schedule just because of their current legacy? Rhetorical question. No.

Until the end of the Sugar Bowl there was not a word from the Utes or the senator on their dissatisfaction with the BCS. But immediately after the victory, the Utes' pride swelled beyond the point that their brains could retain control and they belted out on their prerogative to everyone and their brother. That, without a doubt, remains a blind and irrational argument from the Utes and their fans and it definitely is not going to help their future progression.

Whatever the BCS system may be, it is better than its predecessor - the basic poll system. There actually is a proper national championship game to settle that final argument. The teams that ended up in the national championship have been teams that dominated a brutal schedule and emerged running. However, it has a lot of holes and complicated flaws and therefore every year there are teams that are unsatisfied with its verdict and claim to be victims of its convolutions. Nevertheless Utah cannot be one of them. Indeed if there were a team that had the right to complain, it was USC, with its top ranked defense, highly ranked offense and dominant performance against eleven purely BCS opponents 5 of which won their bowl games.

That said, for sure the BCS system is flawed and is no alternative for a true playoff and indeed a playoff must replace it very soon allowing deserving teams to take it all. But senator Hatch's sob story is not why it should happen. It should happen because it is what is right for everyone and it should happen to remove the fiscal monopoly of the traditional and perennial powers. It should happen because every year each team should be allowed to contend for the title on the same fresh page independent of their track record. That is how it should be fought and beaten. Saying that Utah deserved Florida's position is completely in relief of one's brains and rationality. If a Ute still continues to whine then he should consider requesting his team to defect to the 1-AA system that actually has a playoff. That way they can play clean and challenge Appalachian State (who also beat Michigan in Michigan) for the national title.

I haz a vada pawz 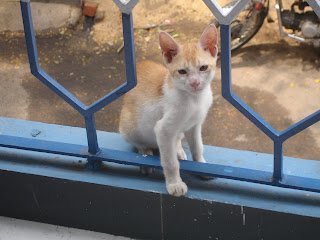 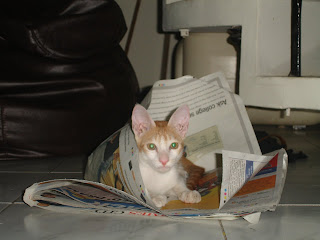 Limelight Kitteh. Covers most of page 3. 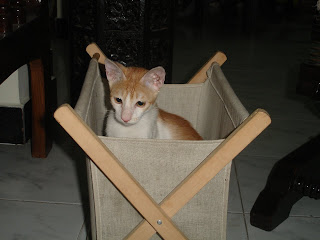 Hell in a handbazkit. U're doing it quite well akshuly. 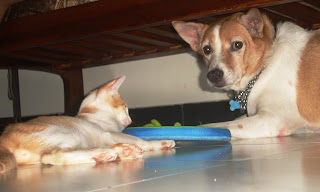 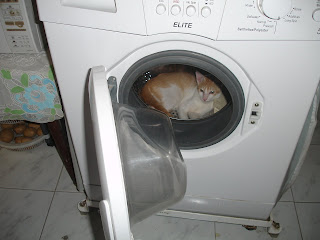 Iz not having a baf and that iz final