I tried out google's cardboard virtual reality (VR) system this week. It was awesome!

I have always been a big google fanboy, mostly because they make life cheaper and easier. And most of their applications are free. What is to really be admired though is their commitment to lateral thinking and cool science. For the uninformed, google cardboard is one such project. A couple of google employees took some time out to write an application that ports google maps, photos and youtube to a stereo display format on supported android devices. They then designed a simple cardboard mount to hold the phone to be viewed through lenses on the mount. They even put a cute little magnet contraption on the side of the mount to act as a switch detected by the phone. And then they released the app and the mount schematics for free.

I had heard of some upcoming sophisticated VR devices that are apparently poised to take humanity a lot closer to The Matrix. So when google announced this cheap cardboard app, I wanted to try it out. I was skeptical however. You see, most of my specialized viewing experiences have been less fun than expected. Stereo images make my eyes water and 3D movies give me a headache. I still grieve the day I spent $17 on a that awful remake of Clash of the Titans (in 3D!) that looked better without the glasses. I spent a weekend playing Super Mario 3D land on the 3DS console and it was OK because I turned off the 3D function. But a gadget-geek coworker encouraged me to try it out just as a craft project, so I bought in. The schematics were simple enough and in no time I had the pieces ready. Getting the lenses was a little tricky but I managed to find what I needed ($2.52) from the local hipster hardware store. I had a couple of spare magnets lying around for the switch contraption. 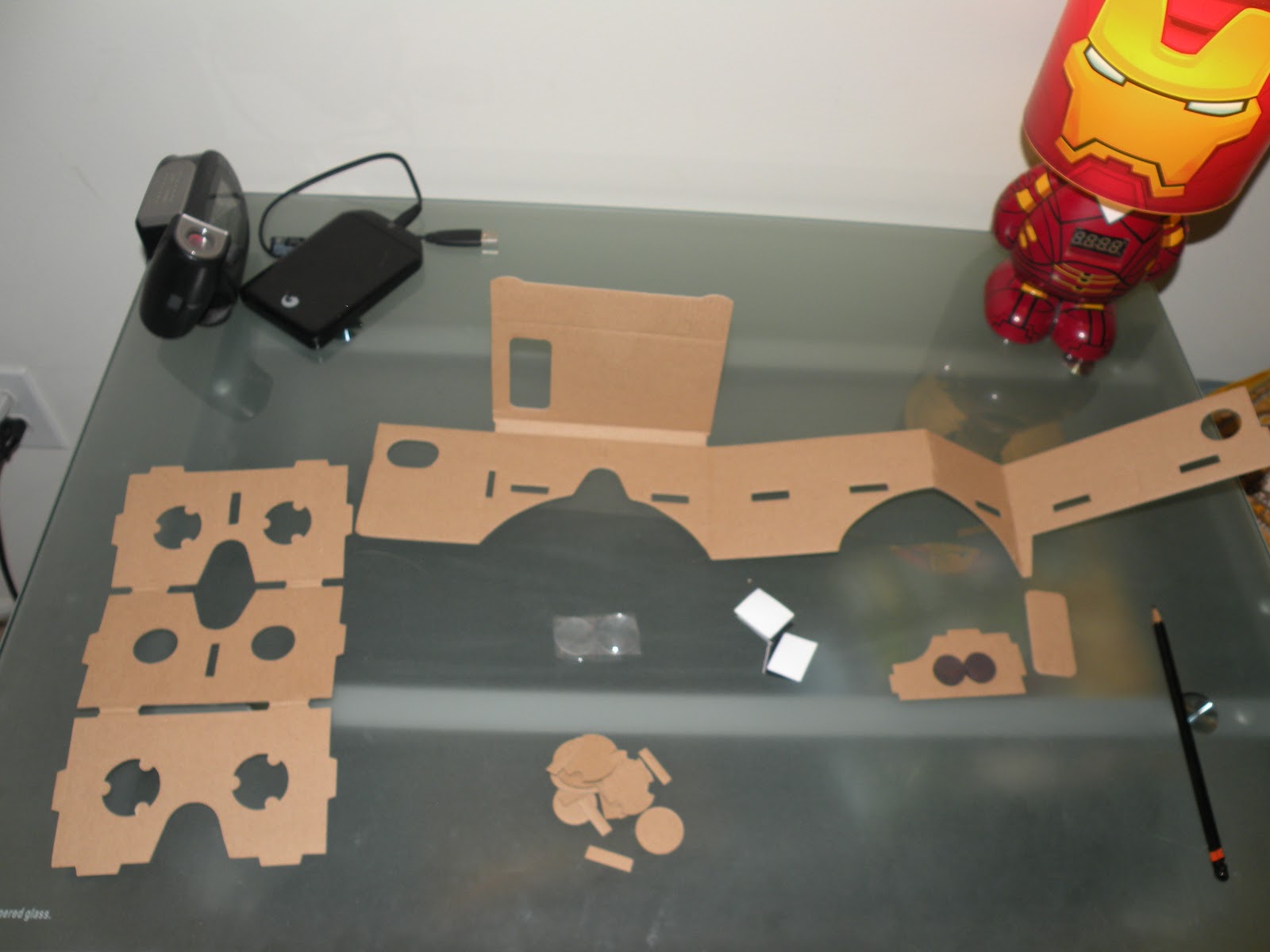 Assembly was a breeze and I had the mount ready in ten minutes. The phone app was quite big and I was concerned if my faithful old galaxy nexus would handle the beast but it loaded fine. 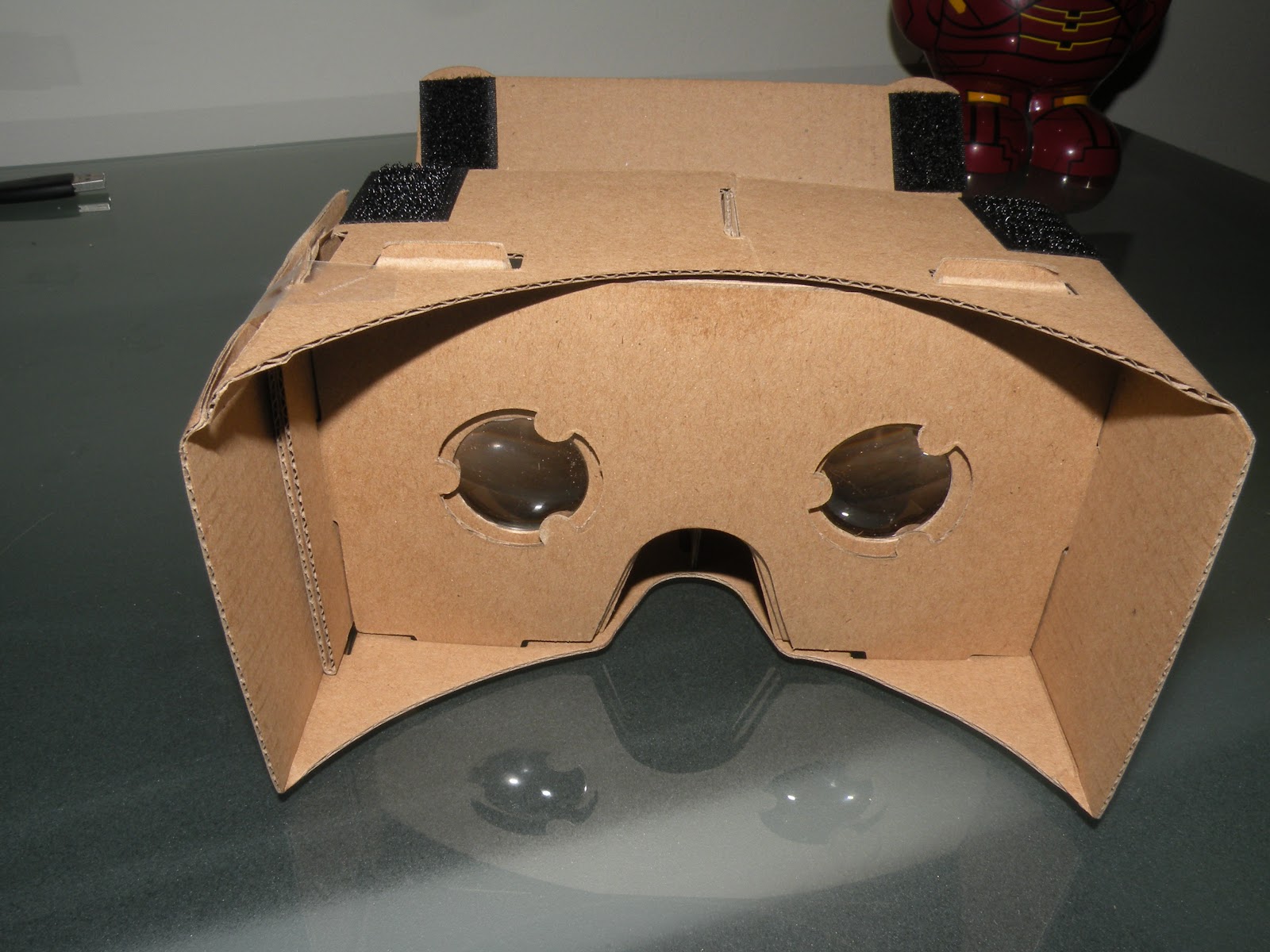 I turned on the app and a playstation-like menu popped up and I could navigate through it by looking around. The dual viewing paired with the lenses worked well enough and I could see just one image; the measurements from the schematics weren't too shabby. I magnet-contraption-clicked on the street view (street vue) option and within seconds my mind was blown.

It put me on a car driving through a European city in full speed where I was free to look around and it rocked! I am a big google maps user and I spend about half hour everyday taking virtual tours through the world on it. This was that experience on steroids. I spent a good ten minutes on the ride after which I tried the other options, that were mercifully slower paced. The earth option puts you on a stationary spot in a few selected locations and surrounds you with google's 3D building models to look at. You can even fly off to space and look at the earth from above. Tour guide does the same with some select spots in Versailles and adds voiced descriptions. Photosphere allows you to explore you own photosphere images. While all these options were more like trial versions than full fledged virtual worlds, the youtube app seemed more open. It put you in a theater-like surrounding with the video of choice running on the big screen and more videos on the side to look at and click on. Some of the videos seemed related to my viewing history on youtube, so I suspect that it may have a longer lifetime than the other app options.

It was a fun home project. Overall, the experience was brilliant cheap fun and has me lauding the google engineers that came up with it for their smart work. Thumbs up gentlemen, keep up the good work! 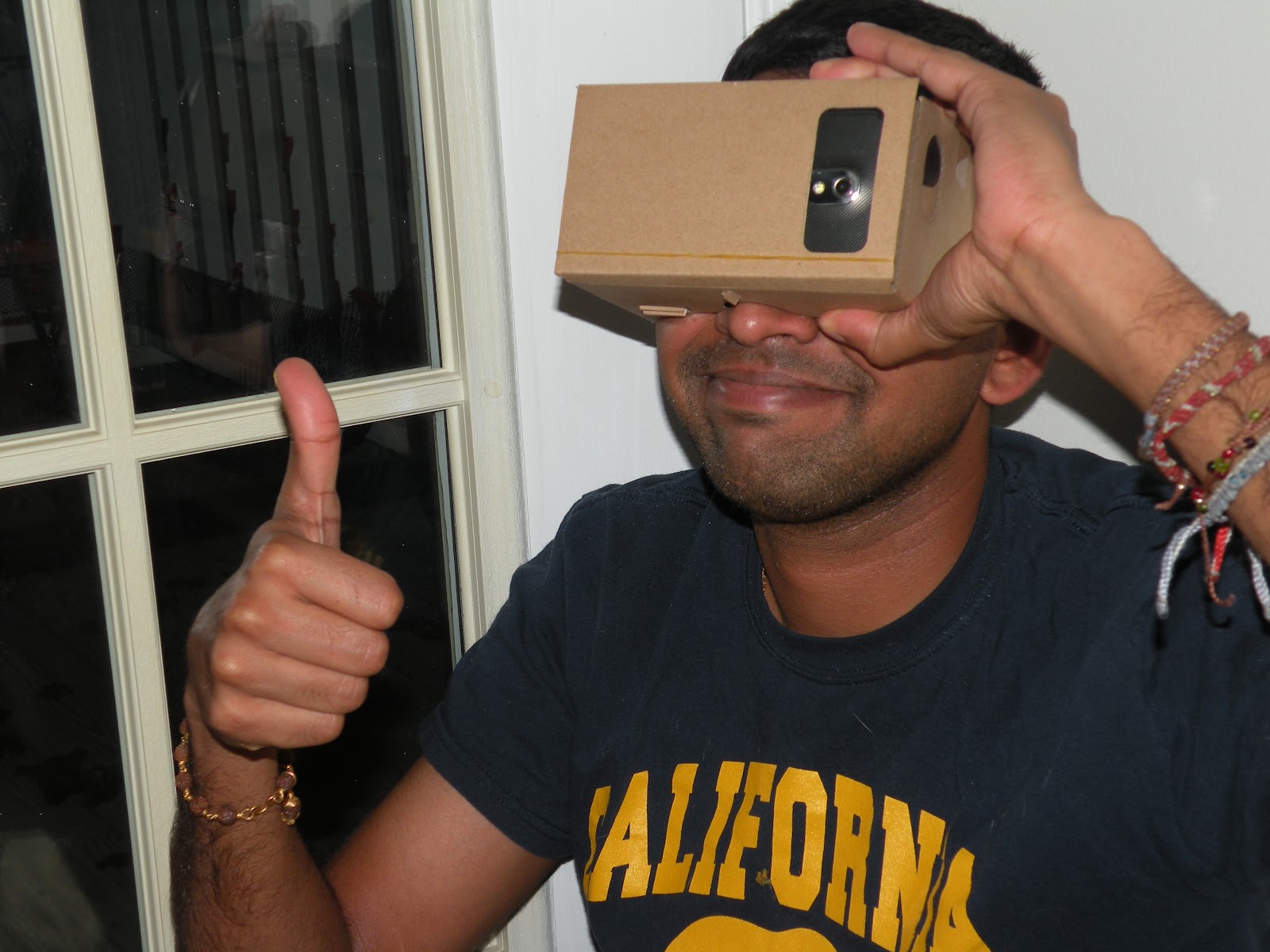